International Conference on Operations Research - OR 2022 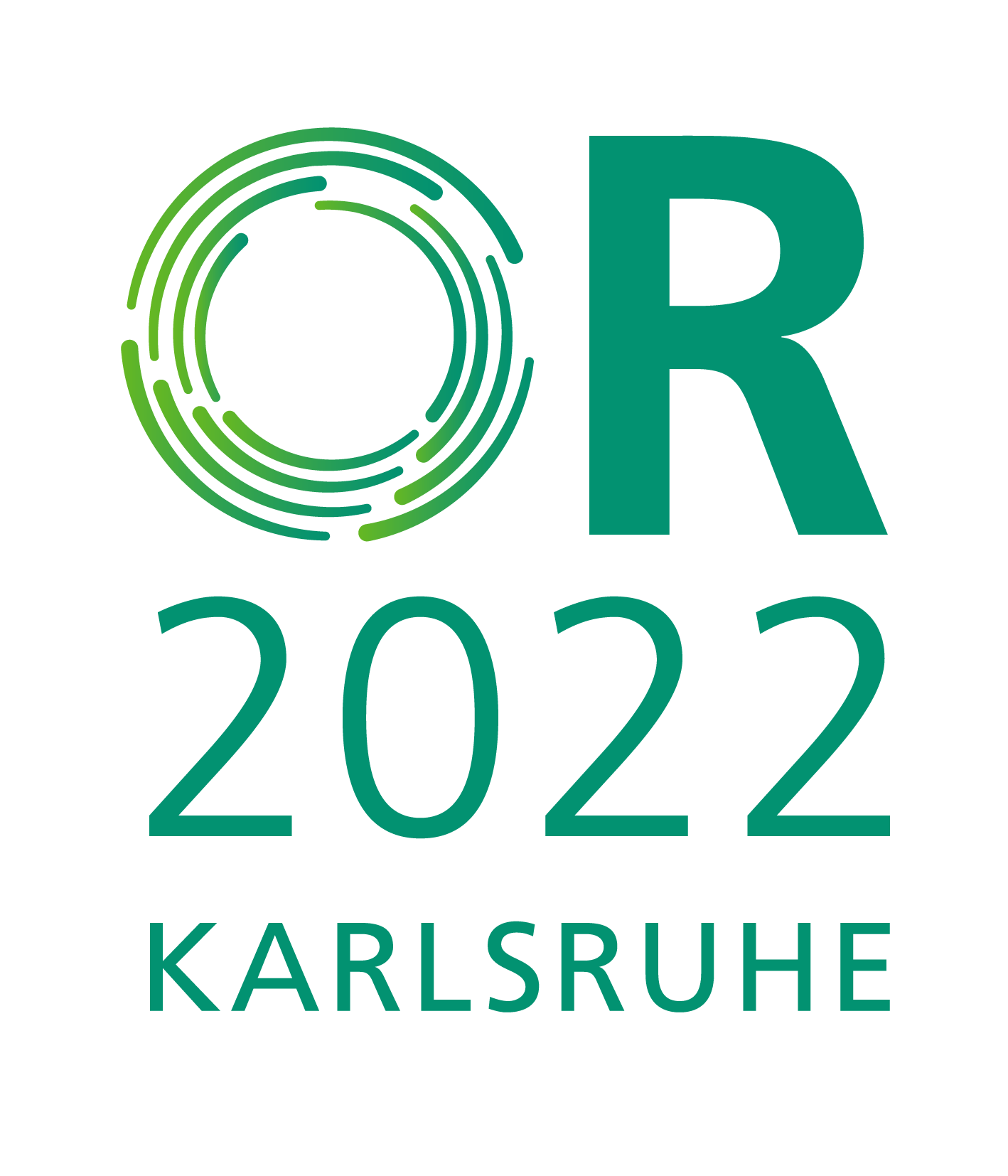 On September 6th, starting at 6 p.m., we kindly invite you to the Get-Together, which will take place in Building 20.30 on the "Campus Süd". Admission is included in the registration. The Welcome Desk will be open there between 6 and 9 pm.

Not only do we serve coffee, tea, non-alcoholic beverages and snacks during our coffee breaks, see Schedule, but also during the conference days at the following times:

Lunch Break on Wednesday and Thursday

We offer lunch in the KIT Mensa on the Campus Süd. The Mensa building 01.13 is located directly near building 30.95 Audimax. A designated seating area will be available for the conferees.

A wide variety of meals are served on various lines. Pasta, stir-fry dishes, soups, various side dishes and desserts, as well as vegan menus are always on offer.  Please take your name badge with you to the meal, as it entitles you to a 3-course meal. You will find drinks on the tables.

On September 8th, starting at 8 p.m., we cordially welcome you to the conference dinner in the Lichthof of BGV Badische Versicherungen. Admission will be from 19:30. Registered participants please show your ticket, which will be handed out at the Welcome Desk.

The venue is easily accessible by public transport. Please use the Gottesauer Platz/BGV stop. From 4 p.m. onwards, the underground car park of BGV Badische Versicherungen can be used free of charge.

"For four weeks the baroque façade of Karlsruhe Palace will become a canvas for spectacular projection mappings - a digital work of art in the heart of the UNESCO City of Media Arts Karlsruhe."
Source: https://www.schlosslichtspiele.info/en

Karlsruhe is one of the leading locations in Europe in the field of information and communication technology. The Center for Art and Media (Zentrum für Kunst und Medien (ZKM)), one of the most important cultural institutions in the city, also ties in with this. In 2019, UNESCO included Karlsruhe in its network of creative cities as a "City of Media Art."

Since 2015, a summer highlight has been the SCHLOSSLICHTSPIELE, which takes place under the artistic direction of the ZKM Karlsruhe on Schlossplatz square directly in front of Karlsruhe Castle. Karlsruhe is known as a Fächerstadt – a fan city. Thus it is obvious to choose the castle, the center of this radiating ground plan, as the central starting point for reflections on urban architecture.

Visit the Schlossplatz in the evening hours (8:30 p.m. to 11:30 p.m.) and be part of this year's SCHLOSSLICHTSPIELE. Admission is free. Drinks can be purchased on site.